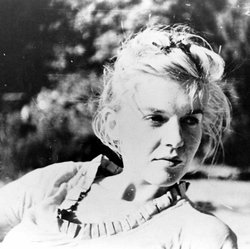 So full of contradictions, it is difficult to know what to make of Smart's life in our contemporary context. Her absolute devotion to her children might be seen as an attack on women's progress in the workplace, and yet Smart broke through many -- if not all -- of the social taboos of her day (and these days, too). That she is a great writer is gospel. Her life will only grow in significance. Rosemary Sullivan has done her well.
Posted by Michael Bryson at 5:35 PM