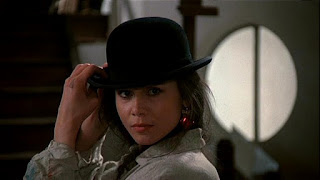 This is the first book review I ever published, over 20 years ago, and its conclusion still rings true today.

Interesting to read this so much later. I can't remember much about the book now. Forgot all about Imagology. But I did remember the 60-year-old waving to the swimming instructor.

The point being, WC Williams and the imagists were right. The concrete wins out over the abstract every time.

On the same page, above the fold, was Derek Weiler's review of Atwood's Wilderness Tips.

Back after a seven year hiatus, Milan Kundera has published a new novel. Probably best known in North America for the film version of The Unbearable Lightness of Being, Kundera has returned with a delicate and delightful novel, a novel very much of its time.

Not that its time, the present, is delicate and delightful. Quite the opposite. The present is paradoxical, as is this beautifully heavy novel with a light touch, Immortality.

Translated from the native Czech, Immortality is Kundera's first novel since the end of the Cold War and the restructuring of Eastern Europe. For an expatriate living in France whose last novel studied the intricacies of modern life on both sides of the Iron Curtain before, after, and during 1968's Prague Spring, these must be significant events. And they are. But Immortality sets them in a broader context.

This is not a novel about the end of communism, though the effects of the recent changes are in evidence. This is a novel about Europe(ans), past and present, a contient too told and too much ravaged by supposedly Great Leaders this century to trust too quickly in another promise of renewal.

The novel explores the relationship between personalities and environments in intricate detail. This is a novel about a continent and its people stuck in time, not Movements or destiny or the Great Future. The characters, including one named Milan Kundera, are metaphors, imaging life in our uncertain age. Each character represents a personality-type whose almost every action the novel explains in continually evolving essays: the novel begins by interpreting the connection between the wave of a 60-ish woman to her young male swimming instructor with her adolescent self. Some people, the novel explains, are better suited to their environments than others, are luckier.

Though most of the "action" (very little happens in any real sense) takes place in Paris, late 1980s, the landscape of the novel includes a couple-three scenes in Heaven, where Hemingway, Goethe, the 19th century German poet, converse about their respective losses of power over their images on Earth now that they are dead. Being dead for Kundera is apparently as unbearably light as being alive.

"Nobody reads me any more," Hemingway complains. "Instead, they read about me."

Goethe, on the other hand, decides that immortality is as much a joke as his first life and zaps himself from eternity.

The relationship between words and reality, a theme explored in The Unbearable Lightness of Being, is picked up again in Immortality. Where the first novel included "A Short Dictionary of Words Misunderstood," Kundera now expounds his theory of Imagology, the theory that the illusion is more powerful than reality because the illusion is what people believe.

Bernard Bertrand's father, Bertrand Bertrand, is a big-time journalist. Bernard chooses his occupation, breaking away from the partri-lineal tradition of politicians of his family because he realizes those who choose the images make the politicians. The power base has shifted.

And power, after all, is what life is all about. Think globally, act locally, the personal is political, and we're all responsible. Deluded perhaps, and more than a little confused about how to act in unity with the rest of the world's population, the environment, History, Time and Space (read, Immortality), but still responsible.

Life is a series of power relations, or at least that's the "image" to believe in these days (Kundera says Imagology has replaced Ideology, as both communism and capitalism have proven themselves morally backrupt).

The Gulf War was still Saddam Hussein's fantasy when Immortality was written, but the century's most destructive one-sided massacre appears only to have provided evidence for Kundera's thesis. Iraq's millions fought the "Great Satan" and the coalition forces fought "Another Hitler." Meanwhile, reality lost once again, along with civilians in both Iraq and Kuwait. The images of hate prevailed.

Immortality is President Bush's New World Order on a literary level. It draws allusions of hope out of destruction. However, like the President's vision of a new and lasting international peace, Kundera's vision of immortality is based on his own politics, not universal truth (the situation of very real death and destruction in Yugoslavia is proof enough that peace and renewal will take more than American rhetoric, or another novelist's sweet despair). His exclusive use of male pronouns reveals the walls of only one of his illusions.

The novel is a fine work of art and great reading, but any attempt to pull definitive truths from its pages will only meet frustration. We have no way of knowing how events are going to turn out, and nothing is new about that!
Posted by Michael Bryson at 6:39 PM