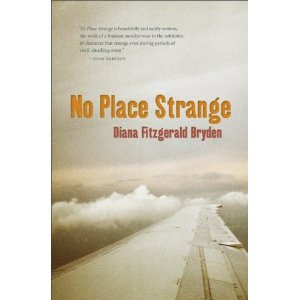 I read this book last year and have been recommending it ever since.

It is the story of the birth of a child and the motives and complications, intentional and unintentional, that brought the parents together, pulled them apart, and possibly bring them together again.

That is the simple, high-level reading of the book.

The phrase "motives and complications" only begins to suggest the complex baggage each parent brings to the relationship. The mother, Lydia, is Canadian, Jewish; the father, Farid, is Lebanese, Muslim. They meet in 1986 in Greece, which functions as a kind of magical middle ground. When they meet, they are each moving "away," but also forward. Toward the new. The other. Each other.

Their courtship begins tentatively, but then it becomes intense. Ultimately, they are separated by a misunderstanding, an error, but not before conceiving a child.

A deeper level of backstory also animates this book. Lydia's father was a journalist who covered the Middle East and travelled deep into dangerous territory to interview members of Palestinian militant groups in the early 1970s. In 1972 he was mysteriously killed, possibly for having a romantic connection with a glamorous revolutionary. The revolutionary, who lived, is friends with Farid's family in Beruit, who are professionals opposed to militarism and the civil war tearing Lebanon apart in the 1980s.

The narrative is, therefore, infused with environmental influences that have only become more amplified in the 21st century: clash of cultures, war and peace, revolution and terrorism. The author handles these influences well, contextualizing the historical, managing and articulating a range of perspectives, while grounding her characters in the specific details of their lives. This isn't a story about politics, in other words; this is a story about people whose lives have been thrown about by politics.

See also reviews in:
The reviews, to my mind, seem stymied by the novel's mixture of love story and politically sensitive historical context. Though the author is praised for her handling of this "incendiary" material, she is not lauded enough methinks.

Initially, I thought I might do a compare/contrast between this novel and Cockroach by Rawi Hage, which also includes a character who experienced the chaos of Lebanon in the 1980s. Hage's narrator now calls Montreal home and lives a noir existence that seems half William S. Burroughs and half Albert Camus. He is also a man with strongly traditional masculine traits.

No Place Strange, on the other hand, is a woman's book. It is a book, at base, about a baby. A magic child. One who embodies hope that the world can move beyond chaos, conflict, misunderstanding and move into a more nurturing, caring, yes, mothering environment.

Wouldn't it be pretty to think so.

No Place Strange was nominated for the Amazon First Novel Award (which was won by Jessica Grant).
Posted by Michael Bryson at 4:09 PM

Good post. I'll have to resist commenting on the other reviews, but I do think that as a general rule, Anglo Canadian literary discourse *is* stymied by literature that mixes art and politics. That's not the case in the U.S. and not the case in S. Korea.