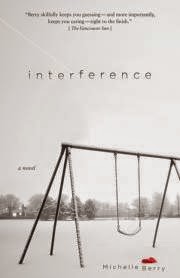 So Rob Ford, mayor of Toronto in name only for another five weeks (until the election), has cancer. His cancer may or may not be lethal. He started chemotherapy this week, and from what his doctors have told the media, I gather no one knows what is going to happen. I wish him well.

Ford's doctors have told the media that his cancer is aggressive (which is bad), but it generally responds well to treatment (which is good). Three years ago I sat in small clinic room at Princess Margaret Hospital and heard a doctor describe the exact same scenario to my wife, who had breast cancer.

"What would you rather have," he asked, "a non-aggressive cancer, or one that doesn't respond to treatment?" (We agreed that having a cancer that responds to treatment sounded better. Not having cancer, wasn't on the menu.)

The disjunction between feeling all right and not knowing what verdict will come down causes all sorts of disruptions in the lives of the women in my support group. Judy finds herself fragmented by anxiety: whether she is watching a movie or dining out, part of her mind wanders off, worrying about a recurrence. Diane engages in “serious culling”: she keeps on going through her closets, bagging the stuff she hasn’t worn, and hauling it to Good Will so “the kids won’t find a mess afterwards.” Alison, no longer trusting her body, finds her world narrowing as the house becomes “her nest.” Like Sarah, I fear the interminable lining up for security surveillance and the coughing crowds at airports. But now at take-off, when (as always) I picture the plane crashing in flames, I joke to myself, “Not a bad way to go!”

My wife died in May 2012. The aggressive cancer responded well to treatment, but it also never went away. Cancer is ingenious. It evolves to evade the poison. As my brother-in-law said after his sister died, "I take some satisfaction from the fact that the cancer died, too." There wasn't anything else that could kill it. Not for nothing, is cancer The Emperor of All Maladies.

Among other things, as Mr. Ford is now experiencing, cancer is an interference of the best made plans, and it is only one of the interferences that play like flies to wanton gods with a collection of neighbours in Michelle Berry's powerfully quiet new novel, Interference (ECW, 2014), set in a town very much like Peterborough, Ontario, where the author lives.

Truthiness is a common element among the cast of characters Berry introduces us to in this ensemble novel. There is no single protagonist, and no straight through line. As a novel, it resembles another newly released creative work, Richard Linklater's movie Boyhood, which is framed around the life of one character (boy, ages, from 6 to 18), but is really a portrait of a collective, the family. Interference takes place over a winter, and it is rife with anxiety, often related to the safety of children. Violence often appears to lurk around every corner, but the slasher (figuratively speaking) never appears.

Any parent will recognize these feelings as par for the course. Berry's brilliance here is to make us care about so many people all at the same time. She speaks truth about the prevalence of fear, and also battens down the anxiety with a flavour of hope that doesn't resort to sentimentality or naivete.

I could give more plot summary, but why give anything away. Here's how the publisher frames it:

From fall to spring, the inhabitants of Edgewood Drive in the small town of Parkville prove that the simplest lives can be intricate and complicated. The interwoven, layered narrative of Michelle Berry’s Interference moves between Senior Ladies Leisure League hockey, the unsure and awkward life of pre-teens and teens, suspected pedophilia, disfigurement, and cancer. In Interference, there is always someone watching, biding their time — and as this suspense builds the vivaciousness of a congenial neighbourhood, full of life and happiness as well as fear and sorrow, becomes at once more humorous, frightening, and real.

Does the empty swing and the splash of red on the cover make your stomach churn? Good. Berry explores that churning with a sensibility fine tuned with calm reality (which is different from truth). She displays a sensitivity that is as large as it is remarkable.

Each of the chapters begins with a "found text." An email. A note home from school. A message to the team of female hockey players who stumble to a winning season over the course of the book, no matter how few pucks they put in the net. The tone of these notes is frequently jovial, and contrapuntal to the gist of much of the other action. The humour enlivens the book, and serves as a reminder, too, that even in the midst of catastrophe (or the fear of catastrophe) the beat of the absurd stampedes on.