I first heard from Zach Wells before I'd heard of him. I suppose that's now an unlikely sequence. His reputation precedes him.

It was 2002 and I was plugging away at The Danforth Review, the online magazine I started in 1999 and continue to tinker with. I published something that Wells took issue with and he let me know where he stood.

Subsequently he wrote book reviews for the magazine and I asked him to write a review essay on Carmine Starnino's A Lover's Quarrel. That review is included in a revised ("New and Improved!"?) form in Career Limiting Moves (Biblioasis, 2013), which Google for some reason categorizes as "humor" (see link on title).

Funnily enough, I saw Wells recently and I said humor was one of the reasons I was enjoying his book. "It's not what you're known for, though," I said. "Some people seem not to get it."

"I know some people don't get it," he replied.

Which brings us back to the reputation that now precedes him.

I have heard him called an asshole. I've heard him called right wing. I've heard him called a misogynist. In the book he notes he's been claimed and rejected by both the populists and the elites. In truth, he has always been what his letter to TDR in 2002 perhaps should have made clear: a jury of one. An iconoclast. One who rejects systems. One who seeks a genuine, unpredictable deep connection with the wildness that is existence and also, therefore, literature.

Which doesn't mean he isn't sometimes a literary bad boy. The conversation about Canadian poetry in the past decade has had multiple moments of overheated debate. Wells has often been in the middle of it or nearby. (Sometimes of his choosing; sometimes dragged in by others.) I'm not going to sift through any of that, except to say little of it made it in between the covers of this book. Readers expecting score-settling won't find it here.

I'm not going to attempt a Social History of Canadian Poetry in the Aughts and Beyond, because what I'd like to attempt here is a book review. I have read this tome, and I'd like to record a few thoughts about it. Is any of that extra-curricular stuff relevant? I have decided to mention it in passing because, let's be honest, the book exists in a context and the context is relevant, if sometimes wanton. Willfully spiteful, is what I'm saying, not promiscuous. And, yes, I know Wells has been accused of the same. (So have I, and sometimes I have even deserved it.)

But see how quickly we move away from the book? I will try to stay focused.

The book is subtitled "Interviews. Rejoinders. Essays. Reviews." It begins with "Rejoinders." which is the category most responsible for ZW's reputation. It's the category where the TDR letter would fit. It's not the category that, ahem, contains his best writing. While the writing here is playful, snarky, sharp-witted, intelligent, and polemical, his debate skills (formidable) leave his opponents flattened. The later essays, some of which are also put-downs, are more finely tuned; complex; subtle; and therefore interesting. Wells can be an excellent close reader. His intricacy of thought is not on best display when he's demolishing Dr. Zwicky, for example. (However entertaining the piece is. Too entertaining? No. We must save some room in our life of letters for some fun; at the same time, we must save our praise for that which is truly great. This ripost is fun, and needed, but not great.)

ZW's rhetorical approach is part of the package, however, so ...

"I'm with Angela Carter," Wells writes in his introduction, "a day without an argument is like an egg without salt."

This is a small thing, but let's notice that the movement here is towards the specific and subjective. The general point is all he needs. He likes to argue. Okay, we get that. But he also likes things to be grounded in the concrete, the real, the authentic, which is also, therefore, personal and subjective. Is Wells the only poetry critic to include his Myers-Briggs score? Likely. This subjectivity contradicts his reputation. The imperialist doesn't tell you where she is coming from; she simply states what is.

Wells is a brilliant polemicist, but his reputation obscures and over-simplifies a more interesting (to me) critic, poet and thinker.

I'm going to focus on one element that emerged from multiple pieces within the book, a pattern that I wouldn't have grasped if I hadn't read each of these essays, reviews and interviews in sequence.

And that is the connection between language, wild nature, and the impenetrable unknown.

I'm not a close reader of Wells's poetry. I have dipped into it, but I claim no insight about what he's "up to." What's at the core of Career Limiting Moves, however, it seems to me, is a collection of interests that might even move toward claiming the label of mandate. (And it's a mandate far beyond the limited conversation about positioning for privilege of place within Canada's hyper-competitive hierarchy of career minded, um, how is this even possible?, poets.)

"If we persist in being so insecure and isolationist, we are doomed to remain infantile," Wells ended his TDR letter. And since 2002 he has been mapping out his vision of a poetry of maturity. What should be starkly obvious is that it is an individual's vision, not part of a collectivist campaign.

He slams poetry that tells us what we already know. He slams poetry that uses worn out language. He turns to the natural world for examples of "the real," and also for example of spontaneous creation. Not his words, but I sense he sees humanity as an animal within nature. We are not apart from it; we are part of it. And what is this thing that we are a part of? What can we know of it? How can what we can know of it tell us about ourselves? What is the limit of our knowledge? How can we break the barriers so that we can know more? He praises poems that press against the outer boundaries. He praises poems that pressure language until it reveals its limit. Then he asks it to go further.

He is claimed by People's Poetry because he writes of work. He is projected to be a member of the elite because he eschews informality and values received forms. Yet every collective who claims him (or he is pressed into), he rejects ... one must say, Dylan-like ("Don't follow leaders, watch pawkin meters"). At one point in my reading I made a note: "straddling the authentic." And here's where that "pepper" comment comes in again. Wells grounds his line, his polemics, his mandate, as it were, in the every day, but it is a deeply mysterious (subjective) kind of quotidian. He is highly alert that day follows night, and night follows day, and life is full of pattern and routine, as poetry has form, as nature has seasons, but also that none of this is simple or self-evident. Whatever intimacy the day-to-day holds is best revealed through interrogation. Not simply conversation, argument.

The wildness of language and the wildness of nature is where he finds value. (I might have anticipated the first, but the second caught me off guard.) Each is perpetually in motion and impossible to set down except in instants. And here I recollect that ZW's debut collection was called Unsettled. The void looms large over his work. An anxiety to sweep away the superficial and dedicate the best resources to the biggest reward. While time lasts. His patience is weak for those who contemplate lesser obstacles. I knew that about Wells over a decade ago when I received from him from that first email, which set me back a couple of steps. (Most don't bother to engage; those who do, often have nothing to say. Those who have something to say, one never forgets.)

In 2002 I wouldn't have called Canadian literature infantile, but today I'm happy to claim that ZW is helping it grow up.

As a laying of cards on the table seems appropriate, yes, I count Wells as a friend, though I have only met him a handful of times, and I have not met his family, and he has not met mine. About that latter I am sad. He and my late-wife would have got on like a house on fire, if you will pardon the cliche. She liked to argue, too, and she didn't like to lose. It is strange to me to be writing this review and referring to events that happened before I met Kate in 2006 and including events that happened after she died, but that is what we do. We knit our lives together out of what we have, and this is constructive grieving. Just telling the stories and expressing the emotions. I wish Zach and Kate had met. I'm sure that I would have enjoyed that, a lot. 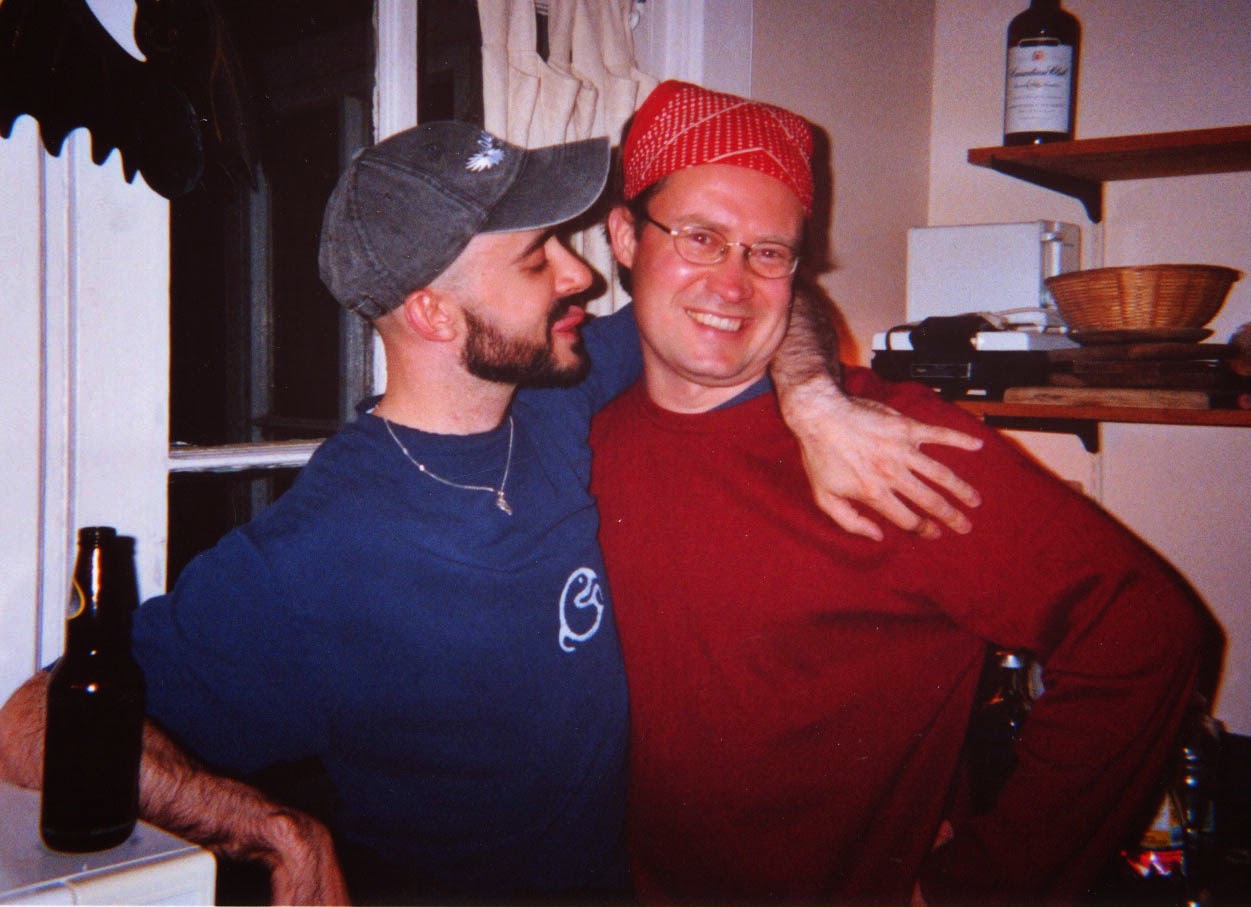 Posted by Michael Bryson at 4:15 PM